Before we continue, this is a rough estimate; I don't believe it's possible to estimate these sorts of stats with exact values.

When hiring a developer, don't skimp on quality.

The majority of developers aren't good. Most of them want to survive the 9-5, go home, and play video games. The vast majority of developers I have met in my career couldn't even set up an entire platform, from manual server to frontend UI. I've worked on teams of 20+ developers doing React-native, and not a single one had tried TypeScript, insane. That's ok, people specialize, BUT I think it's essential that you understand how the whole machine works, not just one specific area.

A significant number of times, companies have hired me; they've not even done the due diligence to give me a coding test, a technical interview, or even a creation interview. One time I got hired for a 'PHP' job. I turned up; everything was written in Java.

What this tells me is those recruitment folks don't care about your companies bottom line or/and your company isn't hiring developers correctly.

As said by Mark Zuckerberg and a few other well-known tech CEOs, the difference between a mediocre developer and an epic one can be more than 100 times. Yes, you read that correctly: 100x.

An epic developer isn't just about the code they write, or how fast they get things done. It's about the architectural choices they make.

What's the difference? Isn't it all just code?

Various studies show that the elite level coders outperform the mediocre ones vastly. In some cases, two hours from an elite coder can take an entire team of average dev's two weeks to a month to complete the same task.

I've seen this happen in the development wilderness. Once I witnessed, a team of four developers struggle over one year and a half to make a simple iOS app with a few screens and simultaneous user actions inside the app. Just keep that in mind, not only is it, four developers, it's all the extra's around them, scrum masters, designers, quality assurance testing, managers, office equipment, let's do a quick sum here:

Plus, the extra staff around them, which will amount to around $120k of their time.

They all have brand new Macbook's, adjustable desks, lunch plans, gym memberships, new iPhones the lot. That comes to around $30k in expenses.

So the company spent roughly $666k — a conservative estimate — $666k for a scrapped project, beautiful.

The managers' mistake was that the team was made up of juniors and one mediocre developer. The results were an architectural mess, no code docs, duplicated code, functions that were 100s of lines long; everyone had a different version of the app, no one had access to the servers; you get the picture: a mess.

In order the counteract this mess, they took one of the best developers in the company to work part-time with the team, to help them and guide them. Detaching this developer from his daily context not only took a tremendous amount of time but also unfocused him from other tasks costing the company even more money.

In the end, the solution was to scrap the existing project and start fresh with one elite developer. The elite developer recreated their entire platform in two weeks, and not only that, but delivered it on the other platform; Android.

Another quick sum for you here;

Let's say that the elite developer is on $150k a year. He spent only two weeks of his time to achieve the same project with more platforms.

And they got another platform for free.

Luckily this company didn't have too much sunken cost fallacy.

A team cannot replace a super-star. Sometimes a team can make it worse.  I love the saying: 'One developer will take one month, twelve will take a year'.

If you're not willing to pay $200k+ yearly for A* developers, you will lose big in the long run.

So far, one bad developer over the course of a year, our rough price has been $132k (calculated from the previous team sums) + $30k for the recruitment, totaling: $162k.

When you start a coding job, you need to be on-boarded. Onboarding involves learning the new code base, which can sometimes take weeks to months. A coder isn't optimal at this point, working 30-50% slower. It also involves learning the companies internal systems and process, how do they operate? What sort of style do they use? Etc. In larger companies, this means taking compliance exams.

The average onboarding time in my experience has been around two weeks. That's the total time, not the time until they are entirely on board with the projects.

So your 86k developer is useless for two weeks. Bout $3,307. But not only are they ineffective, but they are also taking up others' time. That cost is around $7000.

So now someone has reported said developer, they are bad for the company, the process of firing them can be arduous. I've seen developers exist in companies for more than two years because the hiring manager who was responsible for the teams didn't want to 'look' bad having hired them in the first place.

On average, it takes around 8.8 weeks to fire a developer. So you have your developer sitting around for 8.8 weeks. Let's say 9 for good measure. That's $14k alone.

Now you have to find another developer and go through the recruitment and onboarding process again, around $40k.

So for that beautiful experience, your company has spent a total of roughly $256k so far.

And that's not the worst / most expensive element!

As your developer built new parts, products, or services into the existing platform, they also produced many new bugs. These bugs can wreak havoc on existing customer success stories.

Perhaps said developer changed an existing component that your customers were 100% satisfied. Now existing element doesn't work at all or is sub-par.

Toxic code costs money. You now have to take resources from other projects. They need to repair what that said developer had done. I have seen this countless times in my career. Some developers write terrible, terrible code. Code that is so bad that the whole project needs to be scraped or reverted to a time before they started.

In Polydelic, just last week, we took on a legacy project from a company that was so unreadable that we scrapped all 22,061 lines of it and started again.

Something like this is tough to estimate, so I can only take real examples of actual costs over the years. Our average to fix a broken project has been around three weeks of an elite developer's time. That works out at $6000. That's also three weeks from another project, so let's take that into account. We are not taking into account the sales you've lost, that could be millions of dollars on its own.

That developer who is working with your team now has tasks delegated to him. Other developers on the team depend on these tasks. If he doesn't deliver them, the other team members have to wait/write tests or find some other way of delivering value.

Using some metrics from previous team projects that had one lousy developer on them, I estimate this cost to be around 3-5 days of the team's time per month. The average development team from these metrics was four persons in size with part-time support staff and two quality assurance professionals testing each build.

Quality assurance professionals spend enormously more time on poorly coded applications. The range can go from working with a team a few hours a month to multiple QA's working full time with the team. Using the same metrics before, the said team had two full-time quality assurance professionals, let's say they have the same salary as the developer for simplicity; it might even be higher in some places.

Four days off per month for three other team members.

The developer is on the team 'best case scenario' for three months, onboarding and firing. 11 * 3 = $33k team disruption cost.

‍We are not taking into account the team's lowered morale, the negative impact of client solutions, and other factors that would make the team work less efficiently.

In countries like Norway (Where Polydelic is based), you need to pay an additional 14% on top of the salaries for national insurance. In America, many of these employees would receive health care.

Let's increase that to 343k as we are disregarding all the other costs like office space, salary & voucher processing, tax processing, and much more.
‍

A lousy developer can also create a toxic work environment. The original hiring managers don't want to lose their reputation, so instead of doing the right thing and taking responsibility, aka firing them. They keep them on as long as possible; they get other developers to babysit them.

The same people will keep them on for an extended period when it's obvious they are not right for their position. It will make your good developers leave. Many times the elite developers are always the first to go, why work in a toxic environment when you have five job offers a month?

If you lose your best developers, you're in deep s**t, my friend.

We can only estimate that the toxic work environment will eventually make one other developer seek other employment on average and one additional 'support' staff leave. It might not be the same team; it might even be across multiple groups. People love to feel valued, and achieve their goals, see their products on the market. One too many times, I've seen arguments and bursts of emotion from teams because of toxic developers dragging them into the pits of despair. The cost here is $112k (2 * the recruitment and onboarding time).

The total cost of hiring a bad developer: ‍

And once you've gone through this marvelous venture. You have to start it all over again.

If you'd like to avoid this whole experience and get s**t done, considering contacting us, we have a fantastic customer success rate and client repeat ratio.

At Polydelic, we pride ourselves on writing high-quality applications and delivering them a record speed.
Business 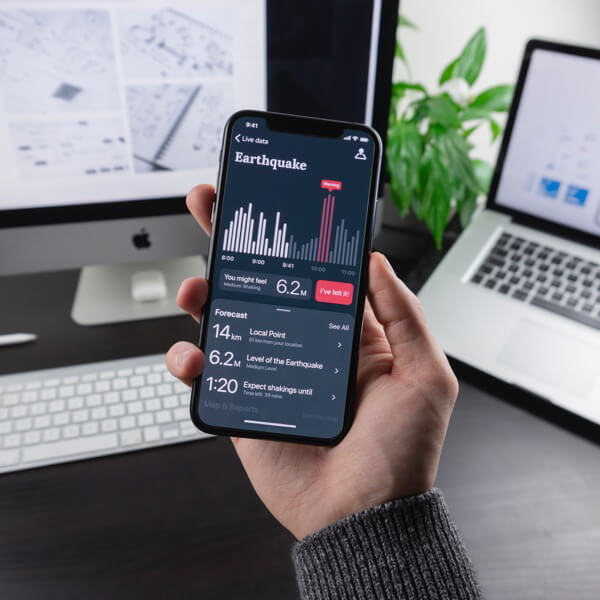 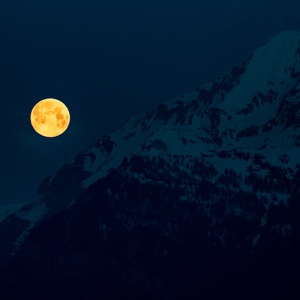 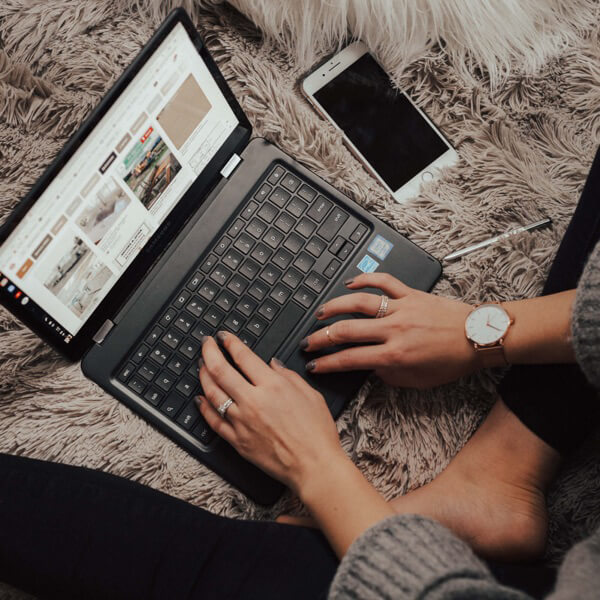 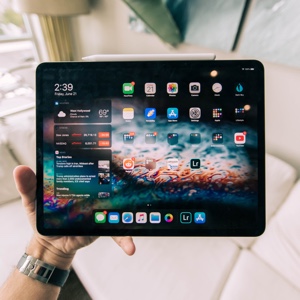